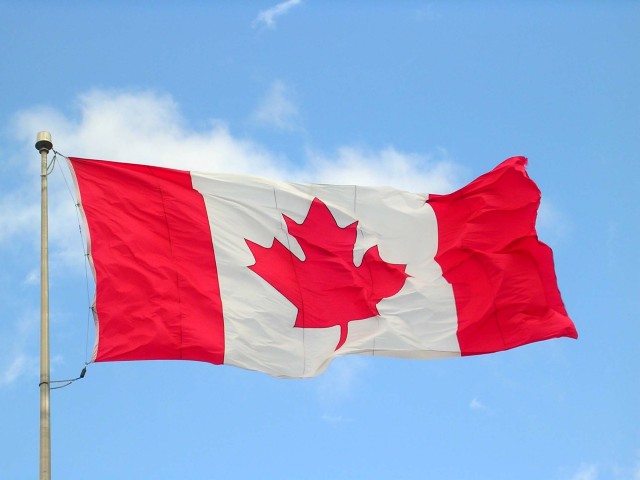 Perched on the sparkling Pacific beside majestic mountains, Vancouver is a world-class, multicultural city attracting visitors from around the world.

Enjoy the bustling Public Market and the art shops of Granville Island. Browse the antique stores and boutiques of Gastown. The exquisite Dr. Sun Yat-Sen Garden in Chinatown is the only authentic classical Chinese garden outside China. The Vancouver Art Gallery, located in the city’s original 1910 courthouse, houses a major collection by Canadian artist Emily Carr, while the University of British Columbia’s Museum of Anthropology contains an exceptional collection of totem poles and Northwest Native art.

In North Vancouver, walk across the Capilano Suspension Bridge, 70 meters (230 feet) above the rushing Capilano River. Ride the gondola up to Grouse Mountain and dine overlooking the panorama of the city.

Whistler boasts more than 200 marked trails, serviced by 33 ski lifts. This is a real winter wonderland, and skiing is just the beginning. Snowboards, dog sleds and snowmobiles will carry you further up the virgin slopes, and if you want some serious powder, you can hire a helicopter and head for the peak.

The town of Whistler lives up to the reputation of the resort. With designer boutiques, galleries, and spas, this is one of the most cosmopolitan small towns you’ll ever see. Dine in an Italian trattoria, a sushi bar, or an authentic French bistro, and then hit any one of the hip nightspots. Or just hang out on one of the “cement beaches”, the massive outdoor patios that are a favourite with après ski crowd. Whether you visit for the powder or the sunshine, for the hot water or the cool air, your Whistler experience will have you wanting to come back soon. 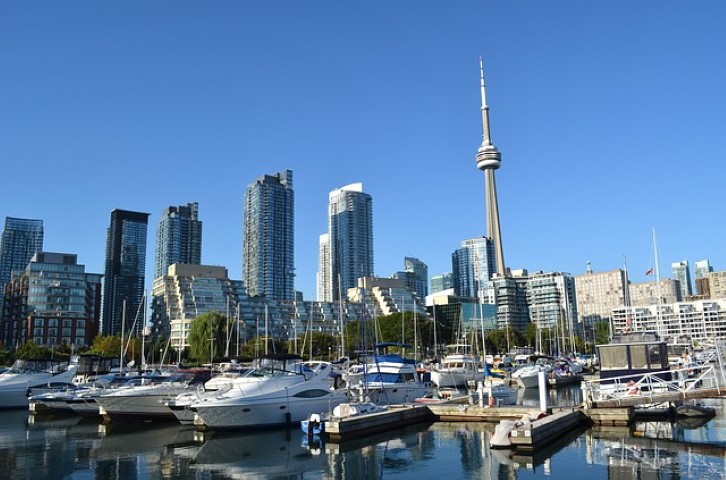 At 1,384 meters above sea level, Banff, Alberta, is Canada’s highest town. Located in amid the rugged alpine beauty of the Rocky Mountains, Banff is the site of Canada’s first national park, and is also a UNESCO World Heritage Site.

The oldest resort in the Banff area is Mount Norquay, which features recently redesigned world-class ski facilities, and a multitude of ski-season events. Not far away, Sunshine Village receives over 10 meters (30 feet) of natural snow every year and boasts one of the continent’s longest ski seasons. Sunshine Village is also home to Banff’s only on-hill ski in/ski out hotel.

Another “hot” destination is the Banff Upper Hot Springs, where the mineral-rich, naturally heated waters have been relaxing and rejuvenating visitors since 1884. You can top off any evening with a superior meal at any one of the more than 100 restaurants, where cuisine ranges from Alberta beef to ethnic food to cozy café dining. Spend some time in this mountain paradise and you won’t want to come back down. 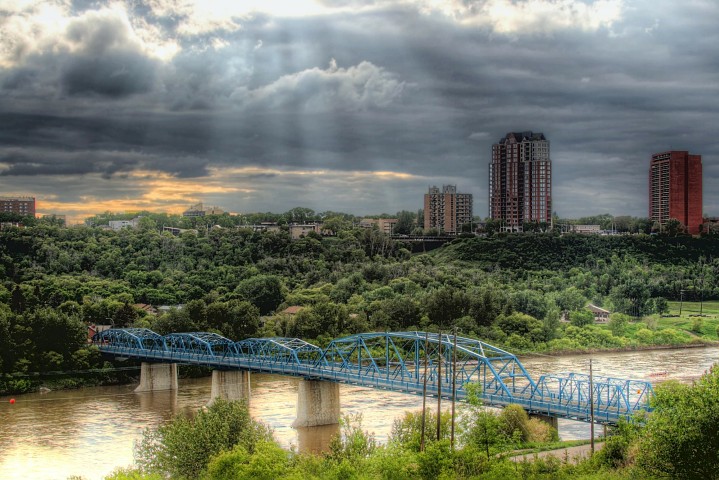 Calgary is a dynamic city, nestled in the rolling foothills of Canada’s Rocky Mountains. “Stampede Fever” hits the city every July as the world famous Calgary Stampede draws thousands to the 10-day rodeo and western celebration.

Visit the Canadian Airlines Saddledome with its remarkable cable-suspended concrete roof, a legacy from the 1988 Olympic Winter Games. Or the Calgary Zoo, the second largest in Canada, which houses a prehistoric park with life-size dinosaur replicas. Enjoy a fine dinner in one of western Canada’s highest restaurants as it revolves atop the 626-foot-high Calgary Tower.

Other attractions include the Glenbow Museum, internationally renowned for its collection of First Nations artefacts, the Calgary Science Centre, Theatre Calgary and the Spruce Meadows equestrian centre.

Calgary makes a perfect base for day excursions. An hour and-a-half drive takes you to Drumheller and the world’s most extensive display of dinosaurs at the Royal Tyrell Museum of Palaeontology. And just to the south is the fascinating Head-Smashed-In Buffalo Jump. 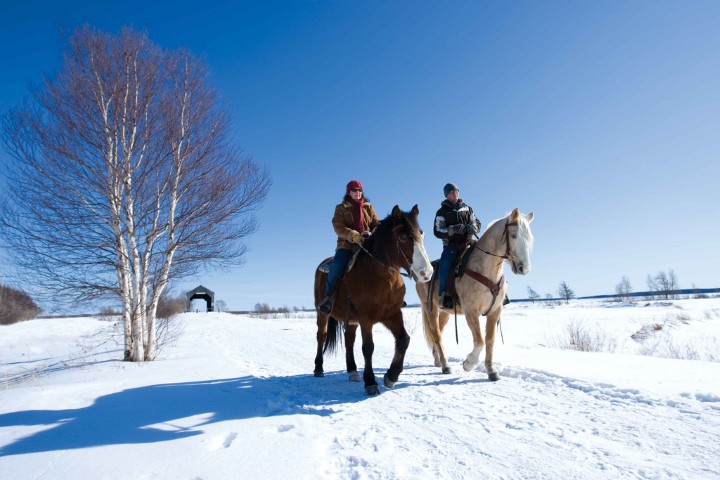 Nestled deep in the heart of the unblemished wilderness of Jasper National Park lies the picturesque community of Jasper, one of Canada’s premiere tourist destinations. Despite visits by over 3 million people each year, Jasper has retained its small-town charm, and the only thing that matches the splendor of the glaciers, crystalline lakes and thundering waterfalls is the friendliness of the town’s citizens.

No matter what time of year you visit, you’ll find activities to suit your tastes. Ski against the backdrop of the Rocky Mountains and towering evergreen forests. Take an air tour of the stunning peaks and icefields, or canter on horseback along trails once traveled by fur traders. Golf the Fairmont Jasper Park Lodge. Travel by tramcar to the top of Whistler Mountain, which scrapes the sky at 7496 feet (2285 m). And at the end of the day, relax in the soothing, steaming waters of the Miette hotsprings.

Nature lovers can thrill to the sight of mountain goats and bighorn sheep at Athabasca Falls, and learn more about this natural wonderland on a tour of Maligne Lake, the second-largest glacier-fed lake in the world. Why not take a breather in the clear mountain air in Jasper? 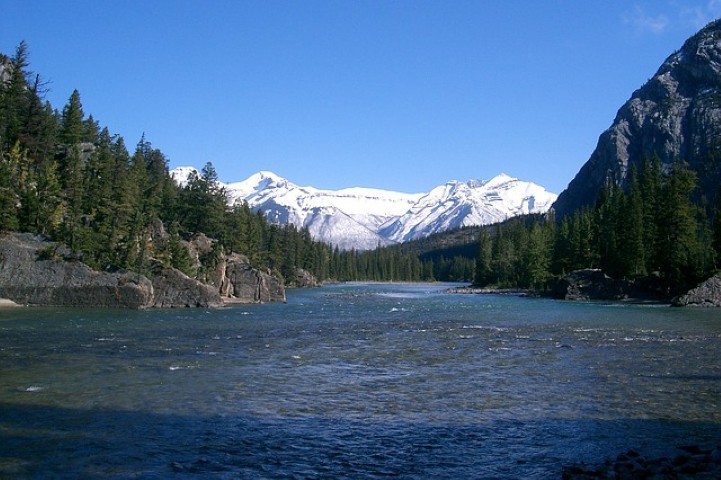 The city of Winnipeg is a playground of cultural variety, arts, and history. Don’t miss The Forks where the Red River and Assiniboine River meet, 56 acres of shops, ethnic food kiosks and river walkways. In the French Quarter of St. Boniface, the largest French-Canadian community west of Québec, you can explore Promenade Tach, Louis Riel’s tomb and the ruins of a grand basilica.

Visit the famous Leo Mol Sculpture Garden where you’ll find a unique collection of religious, wildlife and celebrity bronze sculptures. At the Manitoba Museum of Man and Nature, board a 17th-century ship and find yourself in Hudson Bay, face-to-face with a polar bear.

Relive the drama of the fur trade at Lower Fort Garry where costumed guides recreate 19th-century life in North America’s oldest fur trade fort still intact. Or test your luck at the marvelous Crystal Casino, set on the seventh floor of the Hotel Fort Garry, one of Winnipeg’s grandest historical landmarks. Or enjoy a performance by the city’s world-class symphony orchestra or the Royal Winnipeg Ballet. 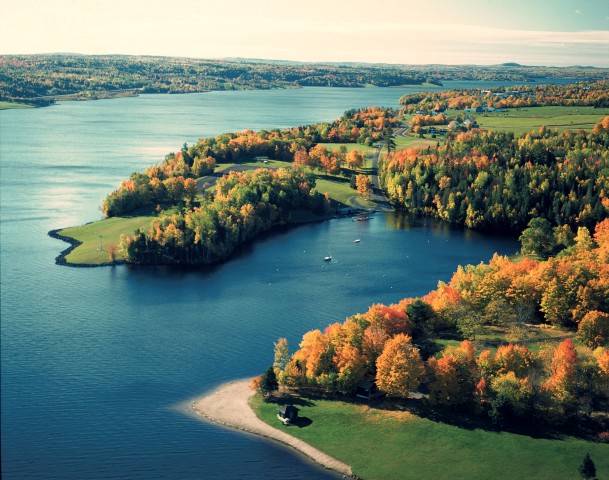 Located on a peninsula where the Churchill River meets the salt water of Hudson Bay, Churchill is renowned around the globe as the Polar Bear Capital of the World – the only human settlement where polar bears can be observed in the wild.

For nature lovers, the polar bears are just one of many attractions in Churchill. Avid birdwatchers can spot over 200 species of birds that nest or pass through on their yearly migration. In June, thousands of friendly beluga whales arrive to mate and calve in the estuaries of Hudson Bay. Keep your eyes peeled and you’re bound to spot harbour seals and caribou along the coast. And out on the arid tundra that surrounds the city, you’ll find a surprising abundance of flora, including nine species of cold-tolerant orchids.

The two-day train trip from Winnipeg takes you in luxury along the historic Hudson Bay Railway line; or if you want to move a little faster, Churchill is serviced by jet five days a week. The sooner you get there, the sooner you’ll be able to witness the flickering brilliance of the aurora borealis (northern lights) and tick another world capital off your ‘to visit’ list.

The city of Niagara Falls, Ontario, is home to one of the greatest natural wonders in the world. Every minute, 150 million liters of thundering water pour over the falls that give the town its name. Visitors can suit up in raingear and brave the tempest at the base of the falls aboard the Maid of the Mist, swoop over the rapids and whirlpools aboard a cable car, or board a helicopter for a view like no other.

The Skylon and Minolta towers that soar above the city offer an 80-mile view of the surrounding region. The unique micro-climate of the region, which lies along the same latitude as Northern California, supports some of the finest wineries in Canada, and a sampling tour of these vineyards is an indulgence that’s hard to resist. Not far away lies historic Fort George, built in 1769 to defend the Niagara frontier.

Niagara Falls is also home to Marineland, where you can see some of the world’s largest mammals, six tone killer whales, and ride the world’s largest steel roller coaster. If that’s not enough excitement, you can tempt fate at Casino Niagara, a little taste of Las Vegas, Ontario style. From natural wonders to outstanding entertainment, a visit to Niagara Falls is a must on any tour of Ontario.

Each summer Toronto comes alive with music, amusements, exhibitions and sports. The following is just a taste of what you can do.

Take the ferry over to Centre Island for a picnic or visit Centreville with over 30 rides and attractions open all summer long. View over 1,000 exotic birds and animals as they roam freely through large Game Reserves at African Lion Safari. Recapture your youth at The Docks with nightly concerts, go carts and movies at their drive-in. Drink in the gorgeous city skyline on Toronto’s highest patio – Panorama Restaurant on the 55th floor of the Manulife Centre. Spend a relaxing afternoon at a Blue Jays game at SkyDome, a perfect outing for a family.

Surrounded by water and brightened by 650 parks and green spaces, Montréal’s island city is many cities in one. The second largest French-speaking city in the world, Montréal is a great combination of old world charm and big city excitement.

Explore one of the city’s many quartiers; the artistic Plateau Montréal, and the Latin Quarter with its colorful wall murals, mansard roofs, spiraling stairs and outdoor cafes; the multi-ethnic Main, Chinatown with its pagodas and apothecaries, Little Italy with its markets and cappucino shops. Take a ride in a horse drawn sleigh, or spend an afternoon exploring the city’s chic boutiques and bistros. Ride the métro, drop by the Insectarium for a look at rare insects from more than 100 countries, or visit the island playground of Parc des Îles with its beach, cycling paths and outdoor skating rink.

Montréal is a hot spot for talent in all the arts: visual arts, music, dance, comedy, theater and cultural festivals. It is also a world film-making capital. Choose from one of the city’s hundreds of restaurants, or head to the Casino de Montréal, one of the ten largest in the world.

Québec City is a charming and historic city with a distinctly European cachet. The turrets and towers of the Chateau Frontenac dominate the skyline. Narrow streets climb steeply down to the Lower Town and restaurants are tucked into homes dating from the 18th and 19th centuries.

Today, Québec’s old storied city of citadel, stone walls and ramparts is the only fortified city north of Mexico, and a UNESCO World Heritage Site. Take an exhilarating stroll along the Dufferin Terrace overlooking the Lower Town and the watery blue horizon of the St. Lawrence River. Visit the fascinating Musée du Québec. Situated on the historic Plains of Abraham, it features an extensive collection of Québec art from the early years to the modern day.

The highlight of the winter season is the Québec City Winter Carnival. And only 30 minutes away, you’ll find Mont-Sainte-Anne, Canada’s largest cross-country ski center. In summer, you’ll find golf courses, as well as mountain biking and climbing, sailing, and horseback riding.