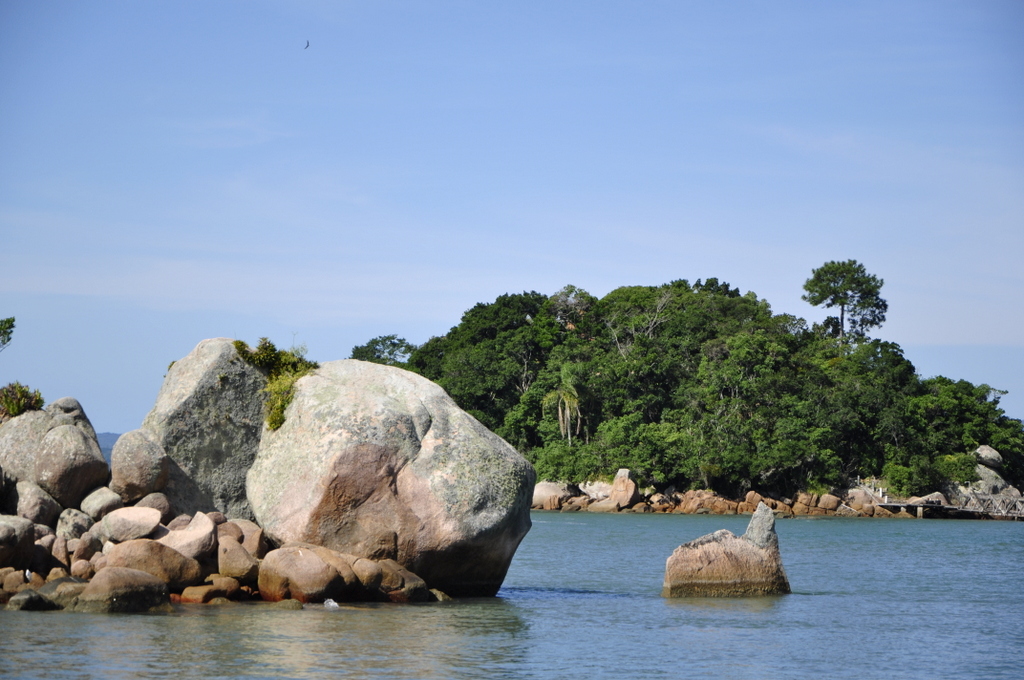 Our trip to Florianopolisdid not turn out exactly how we planned it. We stayed in a hostel far away from the city center but rather close to one of their beaches. After some bad luck on Isla do Miel, we decided to enjoy the beach instead of traveling up and down the island to see all of the sites.

I dont regret that decision.

We spent three days in Florianopolis, and only did one touristy thing by accident, but that is what makes this story interesting.
Before I tell our story of Florianopolis, I need to give you a bit of a background information. We spent 3 weeks in Rio de Janeiro and of course we were beach bums there as well. We came to Rio prepared with swimsuits but what you get in the US is much bigger and covers more than what you find in Rio. I convinced Aiko to pick up a bikini, not a super tiny dental floss like one but something a little less conservative than what she had already brought with her. As you can imagine, it didnt offer a lot of support. I already had my sunga (speedo) from my previous time in Rio. We were fitting in with the crowd or at least that was our excuse. icon wink FlorianopolisBeaches, Mishaps and Mountains

We decided to go for a walk down Compeche beach towards Joaquina. We would walk a little, then swim a little, then walk a little and so on and so on until we reached that point where you dont know if it is better to return or keep going. Luckily at the point where Joaquina beach ends we could see houses and beach umbrellas, compared to the nothing that we had walked along. The sand dunes didn’t seem like an enjoyable trek after a long walk on the beach, in hopes of a road or some way back.

These were the little dots on the horizon beckoning us towards civilisation
Things have a way of appearing closer than they really are, that or we just vastly underestimated our walk. Though, we did arrive eventually, albeit tired and hungry, but arrived there never the less.

After we ate and had a beer (to re-hydrate of course), and maybe some more relaxing on the beach, we decided to catch a bus back. So we waited. And waited. And then waited some more until finally the more expensive air conditioned bus came by but at that point we didn’t care if the fare was double we just wanted to get home and rest our feet.

We knew we would have to get off at a bus terminal and change buses, and although this particular bus didn’t stop at the terminal it did pass it and the bus driver agreed to let us know when to get off. 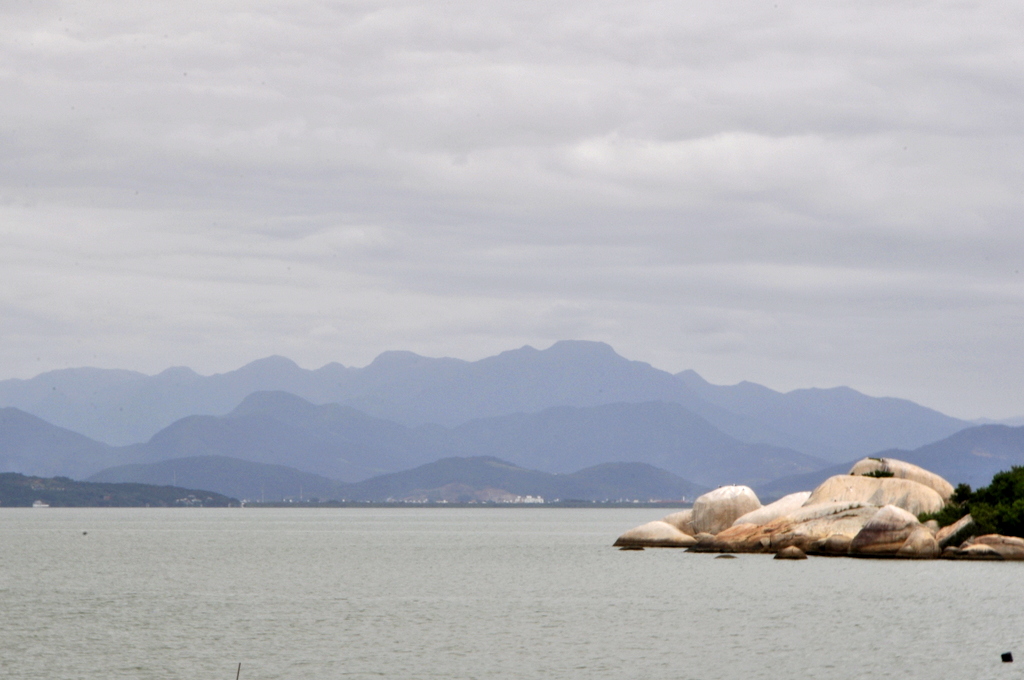 As we passed a bus terminal and began heading up hill, I started to wonder if we were heading in the right direction. We zigged and then we zagged and then we zigged some more to the point that my worries melted away at the beautiful view we were enjoying. We reached the top, and my eyes caught the bus drivers in his rear view mirror, only to see a look that can be described as, oh shit!

We missed our stop. It was down the mountain, and so we got off under the advice to catch a bus down to the station.We walked over to the outlook post at the top of the mountain, enjoying the view. We asked around if there was a sidewalk, or pathway all the way down and decided to forgo spending the extra money and just walk down to the terminal.

The path ended after the first turn, but we made a commitment and we were going to follow through. The only problem is that cars were flying in both directions, and next to the road there was barely enough space to walk without falling down into woods, or a few very nice and steep driveways. So we ran from corner to corner, from zig to zag, resting in between on the little grassy area that was available.

Remember that speedo and bikini I mentioned earlier. We might have had a pair of clothes to throw over top but they still weren’t designed for jogging down mountains, and neither were our havaianas (flip-flops). My speedo gave too much support and Aikos top wasnt giving any.

With sore feet, and dressed like beach bums, we ran down towards the bus station laughing the whole way.In any other circumstance we probably would have reacted differently, but at that point it all seemed too funny to be true. We eventually made it to the terminal and caught a bus ride homewhich, forgot to tell us to get off at our stop. Only this time our walk was a lot shorter and a little less adventurous.

How to Keep Your Kids Healthy When On Holiday

How to Keep Your Kids Healthy When On Holiday