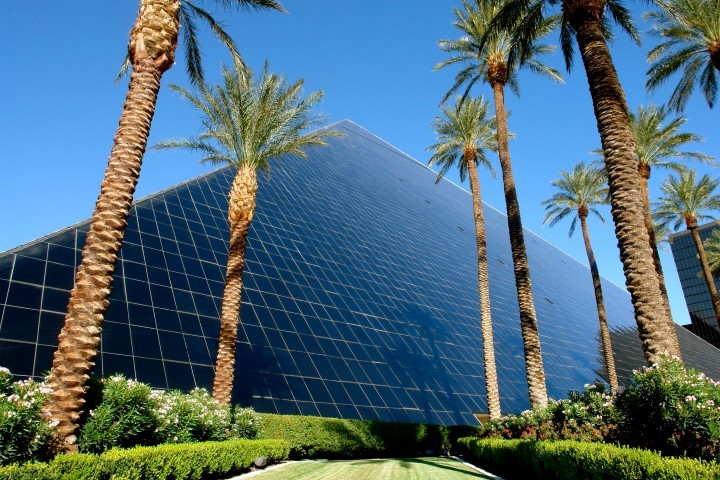 That is the order given every night in the pointy room atop the giant black Luxor pyramid just as the world’s brightest beam of light gets switched on and shoots straight up to the heavens — or so it’s easy to imagine, anyway.

Luxor is many people’s favourite hotel in Vegas, with its sleek, black lines and tiny white chaser lights outlining its pyramid shape in the dark; the giant sphinx entrance and the larger-than-life replica of Cleopatra’s Needle; the blues and browns of the hieroglyphic-crazy interior and the slanted windows inside the Pyramid hotel rooms. In a bizarre way, the Ancient Egypt theme fits in well with the slice of Mojave desert the Luxor is built on: the sand, the UFO sightings, the mysticism, the wealth. Cairo, Vegas. Closer than you’d think. 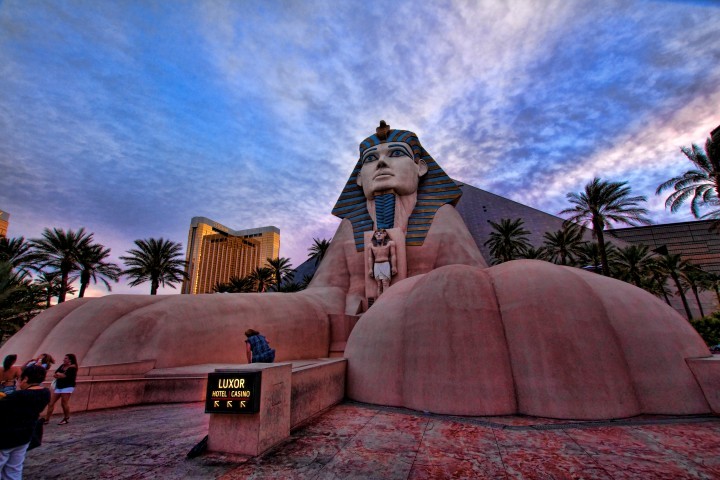 Recently opened in the Luxor Theatre is the supercool Blue Man Group, who’ve been playing in New York City to wide acclaim for years. Their funny, messy, thought-provoking interactive performance is a must-see. One more interesting bit: The Oasis pool is open 24 hours — a Vegas first — so you can dive in anytime. 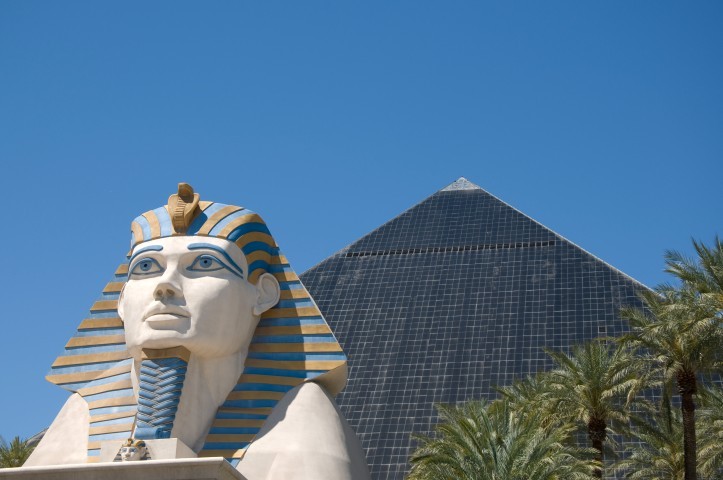