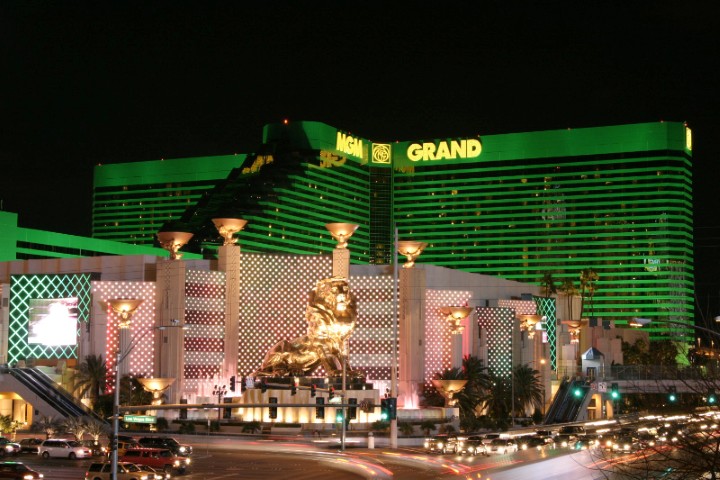 It might as well be called the MGM Gargantuan Hotel. Covering 33 acres — larger than some American towns —

the MGM is an emerald labyrinth of food, gaming, shows, sports, shops, pools, rides, lions and over 5000 rooms. Technically, the theme seems to be Hollywood’s MGM movie studio, what with the lions pacing around outside a see-through walkway and a shopping mall designed to look like a sound stage. But honestly? The theme here is extra-large.

If there’s one attraction that defines the MGM, it’s the Grand Garden Arena, a 17,000-seat stadium where past events have included the infamous Holyfield vs. Tyson boxing/biting match that cost poor Evander a piece of his ear, and Barbra Streisand’s Millennium concert. Studio 54, a remake of the legendary New York disco, is also inside the hotel but is nowhere near as decadent or chic as the 70s original. 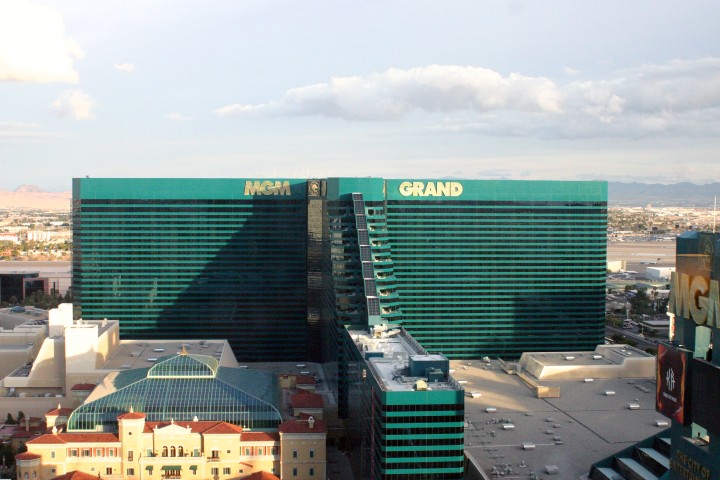