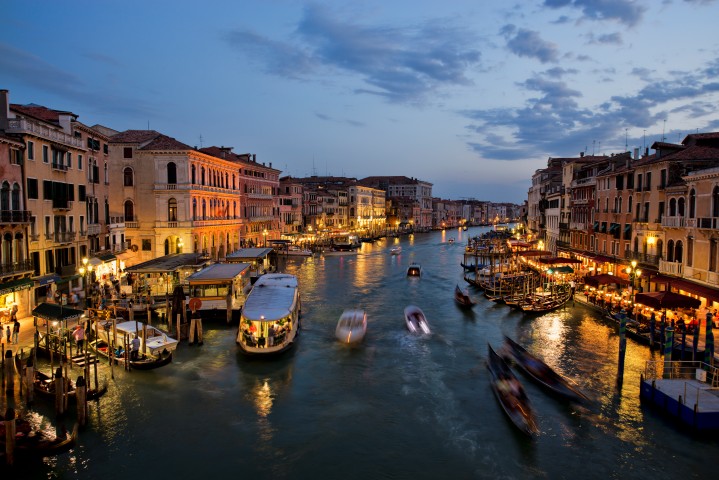 When visiting Venice, it is best to maintain a loose — or, at least, extremely imaginative — grip on reality.

‘Reality’, at least by modern standards, is not the city’s strong suit. Want the ‘Real Italy’? Try a la mode fashion-central Milan, industrial Turin, or bustling Rome, where roaring Vespas today outnumber ancient Roman vestal virgins roughly a zillion to one. Venice, in contrast, is Fantasyland. Or, as a Piazza San Marco souvenir booklet clarifies, ‘Everything in Venice is paradoxical, upside-down, and illusory.’ Got that?

Actually, though the Fantasyland analogy is a popular one, it is unfairly simplistic to describe Venice in terms that imply Disney-esque fakery. La Serenissima (the Most Serene Republic) is, more accurately, a very vibrant real city where time has simply stood still for a millennium or so — in terms of appearance, anyway. If Julius Caesar were to be plopped down in 21st Century Rome, it would take him days to find the Forum, or even to locate the right bus stops. Venetian Marco Polo, on the other hand, could take the same sort of gondola he did when returning home from China, to the same small campo where he lived until his death in 1324, and find things looking much the same. There are few modern architectural intrusions among the old Veneto-Byzantine buildings, and no cars in the ancient narrow alleyways to destroy the city’s magic medieval mood; a trip to this canal-crossed city of 117 islands, where waterways are the main thoroughfares and boats are the buses, is truly a trip in a time machine. 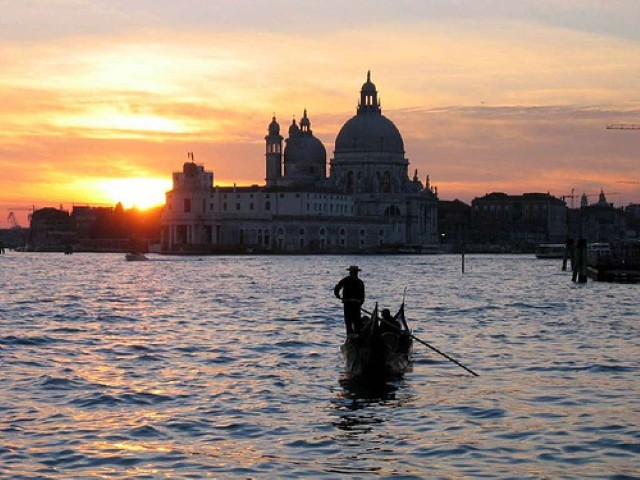 Today’s travellers can begin their time-trip from virtually the moment of landing at Marco Polo airport, by opting to transfer to Venice not the fastest way — by bus or car to the parking plaza of Piazzale Roma, which borders the city proper and is the last stop for all land vehicles — but the most magical way: by water, specifically the Alilaguna passenger ferry that docks on the lagoon adjoining the airline terminal. After 20 or so most modern minutes cruising past the industrial suburbs of Marghera and Mestre, one gradually transitions into the age-old, ageless environs of Venice, navigating past ornate Byzantine domes, classic columned Palladian facades, colourful crumbling palaces, arched stone bridges, and scores of gondoliers in striped shirts, before docking at San Marco, the city’s main square and the site of all its Most-Portrayed-On-Postcards sights. 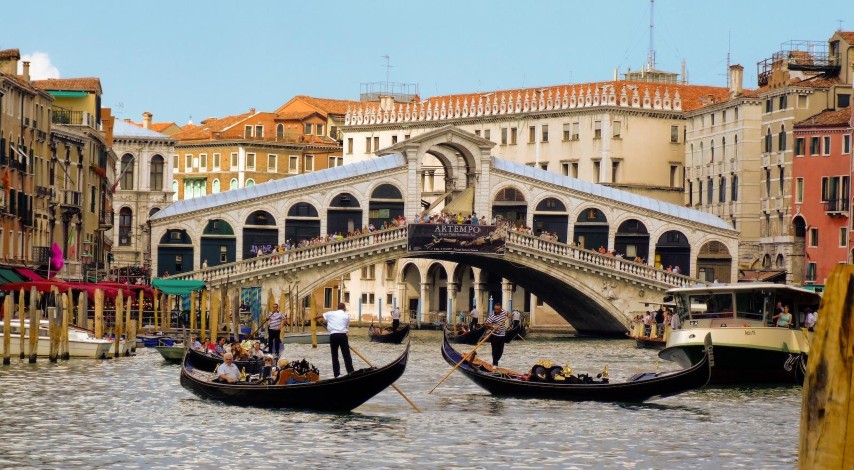 From San Marco, continue the time trip by catching the #1 vaporetto, which cruises slowly along the Grand Canal (Venice’s ‘main street’), sending wake water over the former waterfront entrances of the palazzos lining both sides. Some of these are magnificently restored; many are definitely decaying, though with great grandeur. All make clear, by their uniquely exotic EurAsian architectural detailing, how separate Venice was, historically, from the rest of the Italian peninsula — as much influenced, really, by Constantinople as by Rome. The days when noble families’ private gondolas pulled up to the palaces’ docks to disgorge cloaked, masked passengers for Carnivale costume balls may be long gone, but — especially at night or in the eerie early light just before dawn — they are still easy to imagine. 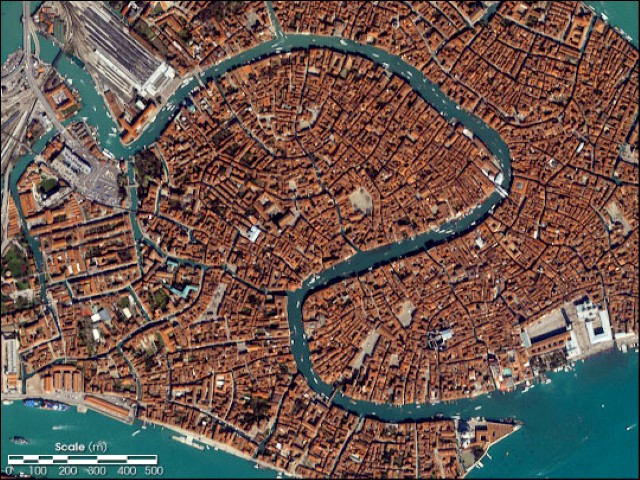 Even the air in Venice contributes to the sense of fantasy. Luminescent, reflective, slightly hazy-looking even on a sunny day, it softens the edges of the city’s exotic East-West minarets and domes, making the whole place seem like a kind of Mooresque mirage floating on a lagoon instead of rising from a desert. Venice looks, and feels, like a city straight out of some combination Grimm’s Fairytales/Arabian Nights fable from a by-gone Century. But unlike most theme parks, this fabulous fairyland is for real…and for grown-ups.