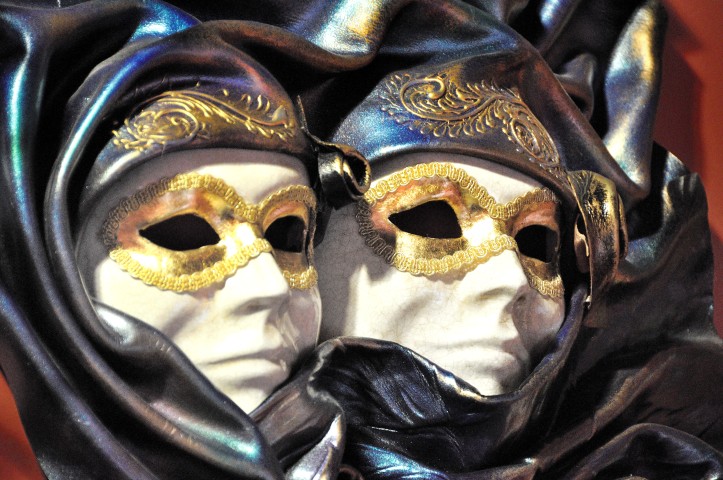 The Piazza San Marco is tourist-trap central in Venice,

as it’s the hub from which you can most easily reach all of the city’s most famous landmarks — all of which are well worth seeing in spite of the crowds.

There’s glittering San Marco Basilica, which looks less like a northern European cathedral than a sultan’s pleasure palace; the Palazzo Ducale, a pink-and-white Venetian Gothic wedding cake of a building that housed Venice’s rulers and now hosts art exhibits (16th-Century homeboys Veronese and Tintoretto are featured); San Marco’s beloved 100-metre-tall brick bell tower, constructed in 912 and fortified after collapsing in 1902, so it’s now quite safe to climb for a beautiful bird’s-eye Venice view; the extravagantly decorated, and extravagantly priced, 18th-Century Florian’s and Quaddri cafes; and, of course, the piazza’s famous pigeons. 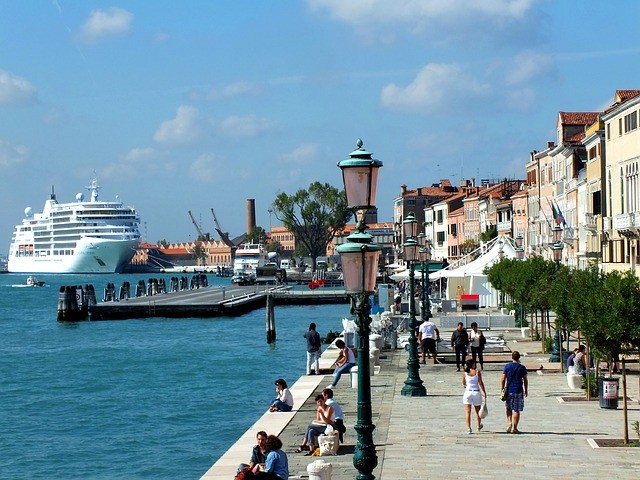 San Marco Basilica’s magical mosaics are a must-see. But you already knew that. The one thing you might not know: The place may look like Disneyland, but it’s a working church, so sightseers should schedule visits for times other than Sundays and holy holidays, when the jewel-box interior is reserved for the religious. Guards WILL give gapers the heave-ho.

The majestically arched Rialto Bridge across the Grand Canal is also a must-see. But you knew that, too. What you might not know: Although the Rialto Bridge and its immediately adjoining area, especially on the touristy
sestiere San Marco side, are solid schlock stalls, the nearby 19th Century Neo-Gothic/Renaissance Pescheria (fish market), and the surrounding Mercato della Frutta(produce market), both in sestiere San Polo, are authentic and all-around dazzling. Go early (the markets close around 1 p.m.) and eyeball your dinner; at the Pescheria, where the just-caught local seafood is super-fresh, your dinner might just eyeball you back.

Once you’ve checked off the above tourist must-sees, don’t forget to see the real Venice. Travellers who complain about Venice being over-commercial, over-crowded, and over-priced, almost invariably have spent their entire stay around San Marco, the Rialto, and the well-trodden tourist track in between the two. So: Don’t. 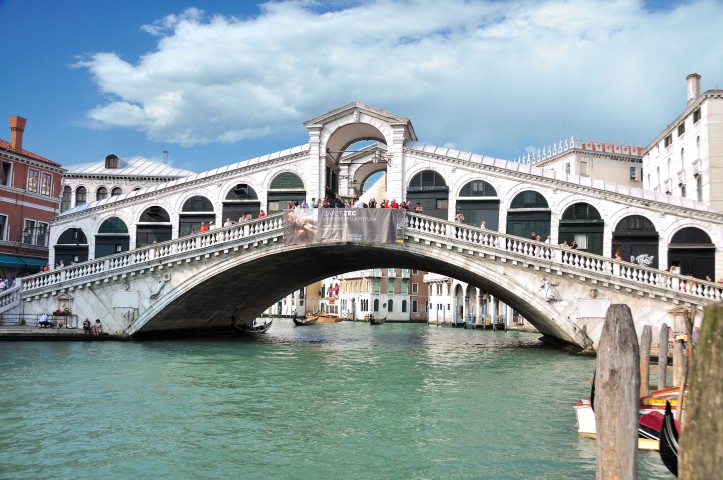 Do visit outlying lagoon islands like lively Murano(location of Venice’s glass factories), attractiveBurano (traditionally a lace-making and fishing community), haunting Torcello (the first lagoon island settled, in the 5th Century, now nearly a ghost island except for two outstanding churches and one outstanding inn), and insider secretChioggia (a sort of mini-version of Venice, with canals and Mooresque architecture — but no tourists). But avoid expensive organized tours. 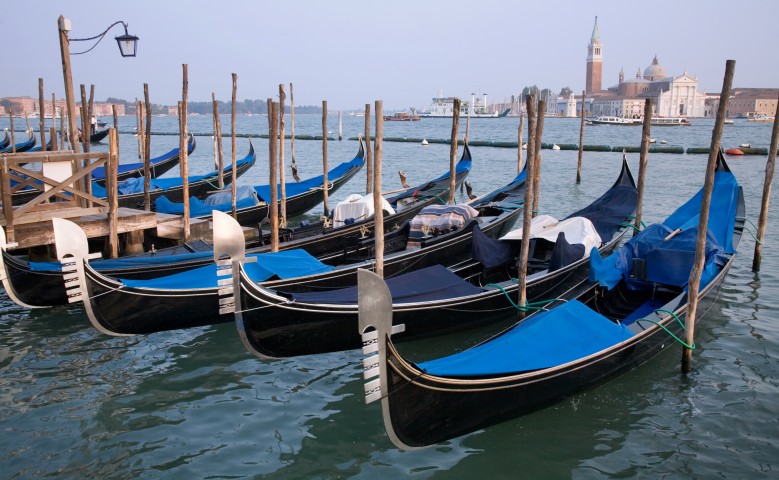 Famous formal art museums (like the Accademia and the Peggy Guggenheim Collection) abound. Yet it’s somehow more thrilling to encounter a masterpiece in its own home, which is often, in Venice, a relatively humble neighbourhood church. Among the most spectacular of these are the unpretentious Gothic Madonna dell’ Orto, containing a beautiful Bellini ‘Madonna with Child’, plus five super-sized Tintoretto canvases; Veronese’s parish church San Sebastian, which the artist decorated with magnificent illusionistic frescoes while taking refuge there after fleeing a murder rap in Verona; the Medieval Frari (containing Titian’s theatrical Mannerist ‘Assumption of the Virgin’, ‘Triptych of Madonna with Child and Saints’, one of Bellini’s most beautiful works, a Donatello statue of St. John, and an odd Neoclassical pyramid by sculptor Antonio Canova, among other treasures), and San Giorgio Maggiore, with two famous Tintorettos inside and, outside atop the bell tower, an even more impressive masterpiece: the most splendid panoramic view over the whole city and lagoon. 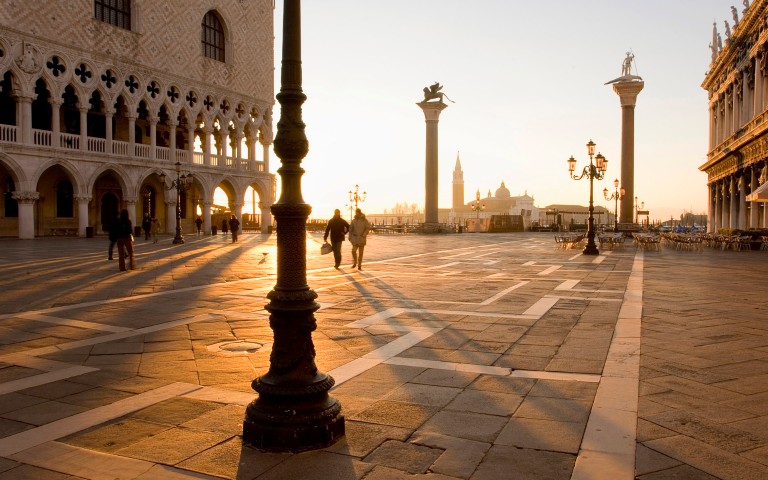 For sightseers seeking uniquely Venetian shopping ops, maschereshave multiplied all over town since Venice’s ancient costumed Carnevale, once banned by Napoleon, was brought back in 1980. Among the few quality operations are the wildly original and modern Mondonovo (Dorsoduro 3063, Rio Terr� Canal) and artisan-operated workshop Ca’Macane (Dorsoduro 3172, Calle Botteghe), whose spooky traditional masks were featured in the Stanley Kubrick/Tom Cruise flick Eyes Wide Shut. Quality Venetian glass isn’t easy to find today either, but a visit to Murano’s Museum of Glass Art (Fondamenta Giustinian 8), featuring over 4000 pieces dating back to the 10th Century, will enable wannabe buyers to tell good glass from the tons of tourist-oriented trash trinkets. 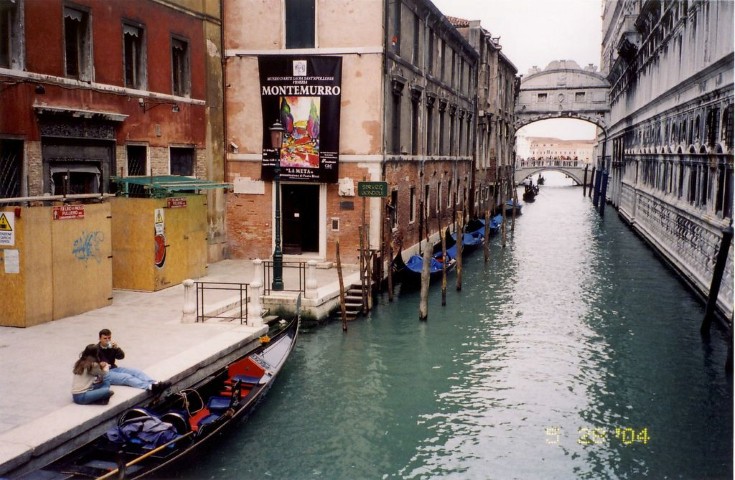 Those who can’t countenance the gondoliers’ roughly �-per-hour rates can get a quick, cheap (L500, or 20p) thrill aboard one of the gondola traghetti that ferry standing commuters (only sissies sit) across the Grand Canal. The six traghetto stops, spaced between the Canal’s three bridges, are clearly sign-posted.