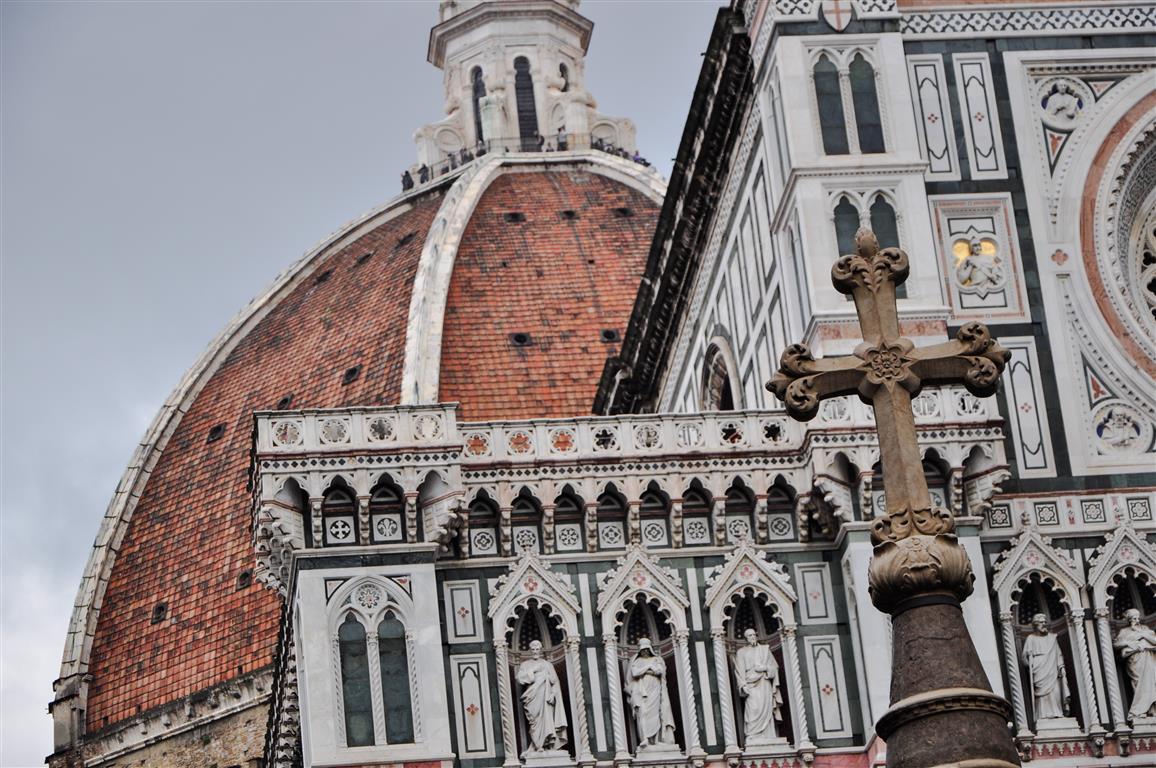 Florence’s centre is nearly always bustling with tourists, no matter what time of year it is.

A good start to any sightseeing venture is to stand in Piazza della Signoria and admire Giambologna’s nymphs and satyrs for Ammanati’s Neptune fountain, and copies of Michelangelo’s David. While you’re musing on why you didn’t book a ticket for the Uffizi, having spotted the size of the queue, it helps to know about the many other sights and experiences Florence has to offer.

The Mercato Nuovo (also known as the Porcellino) is a wise first stop. This stone loggia was built around 1550 and is currently home to various souvenir stalls. It also houses a bronze statue of a boar (the original is in the Uffizi). If you put a coin in the animal’s mouth and let it drop through the grille below, you’ll have good luck (according to local legend), and the proceeds go to charity. 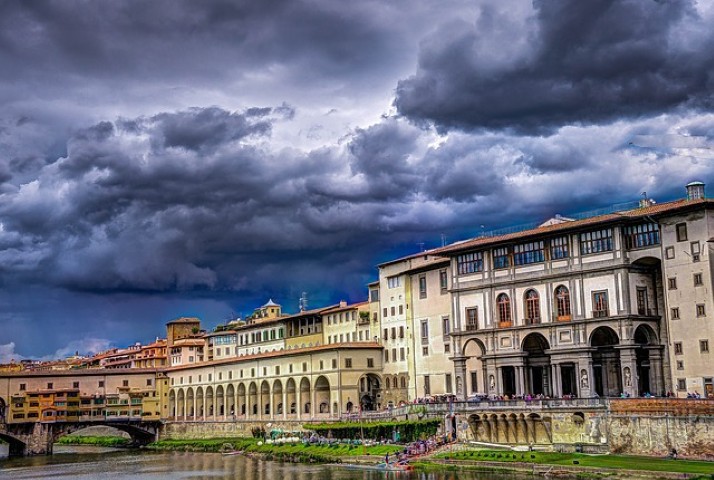 The nearby Ponte Vecchio — spanning the River Arno at its narrowest point within Florence, and crammed with jewellers and goldsmiths shops — is the main thoroughfare to the Oltrarno. This maze of narrow streets and alleys, still home to many working artisans, leads to Piazza Santo Spirito, Florence’s most pleasing and laid-back square. Here you’ll find Brunelleschi’s masterpiece, the Santo Spirito church. From the outside, it doesn’t look that extraordinary, but a view inside reveals its perfect proportions. 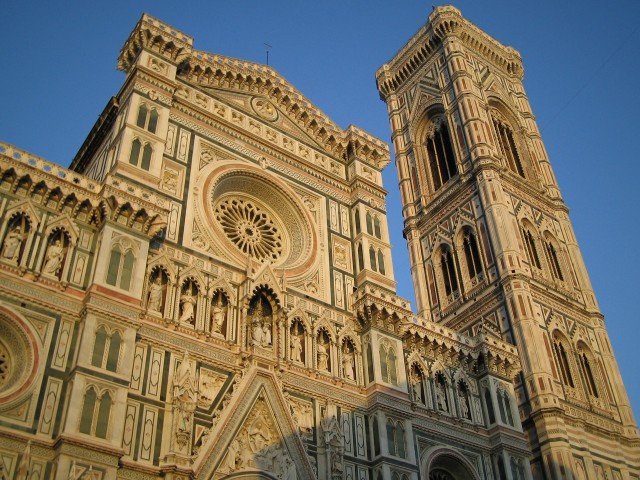 Not far away is the Palazzo Pitti. Inside are Florence’s Modern Art Museum, the Costume Museum, the Royal Apartments and a museum dedicated to treasures amassed by the Medicis, the most famous patrons of the Renaissance. But for a breath of fresh air and some breathtaking views of the city, head on to the beautifully kept Boboli Gardens — the only central park in Florence. A walk through its cypress-lined avenues and mini-lakes takes in casts of Michelangelo’s prigioneri (prisoner series of sculptures) and Giambologna-designed fountains.

The best views of Florence are from the top of the magnificentDuomo, whose enormous dome dominates the skyline. Entrance to the cathedral is free, though to truly appreciate Brunelleschi’s feat of engineering, take the side entrance and trudge all 463 steps to the top.

If you want to fit in all of Florence’s Renaissance artwork, a bit of forward planning is advised. Book a visiting time at the Uffizi to avoid the queues, if not the crowds. And make sure you’ve reserved enough energy to fully appreciate the works of Giotto, Leonardo da Vinci, Michelangelo, Titian and (the most famous picture in Italy) Botticelli’s Birth of Venus. If you’re an art-lover with true stamina, your ticket to the Uffizi also grants you access to the Contini-Buonacossi collection, featuring such artistic VIPs as Veronese, Tintoretto, Velazquez and Goya. The museum has been under restoration and refurbishment recently — indeed, the scaffolding, tarpaulin and closures throughout Florence illustrate how hard the city council works to preserve its heritage for the visitors who make up such an important part of the local economy. 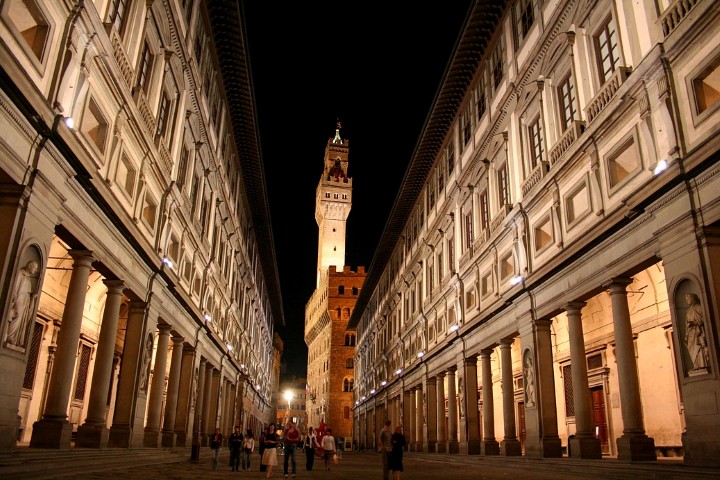 Florence’s other really big crowd-puller is the Accademia, which houses Michelangelo’s David, as well as his unfinished ‘slaves’ and other sculptural reproductions. (If you think the endless copies of the David throughout Florence preclude seeing the real thing, think again; it’s spell-binding.) And for a view of the Renaissance outside of sculpting and painting, try theHistory of Science Museum. Galileo Galilei, the founder of modern science, was born in Pisa and lived close to Florence. Two fascinating rooms in this museum are devoted to him and contain his telescopes as well as the middle finger of his right hand — definitely one of the more bizarre things on exhibit in the city. 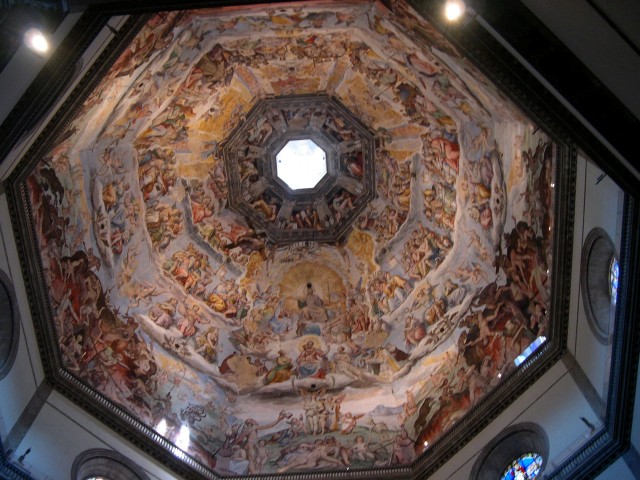 Similarly bizarre is a relatively new waxworks museum in Piazza Santa Croce. Opened in the spring of 1999, Florence’s Renaissance Wax Museum offers a less challenging and altogether more modern trip through the Renaissance. To see wax figures of Michelangelo, Botticelli, Leonardo and other artists at work helps put their enormous artistic output in context, and thus the museum is an ideal place for visitors to take their children. 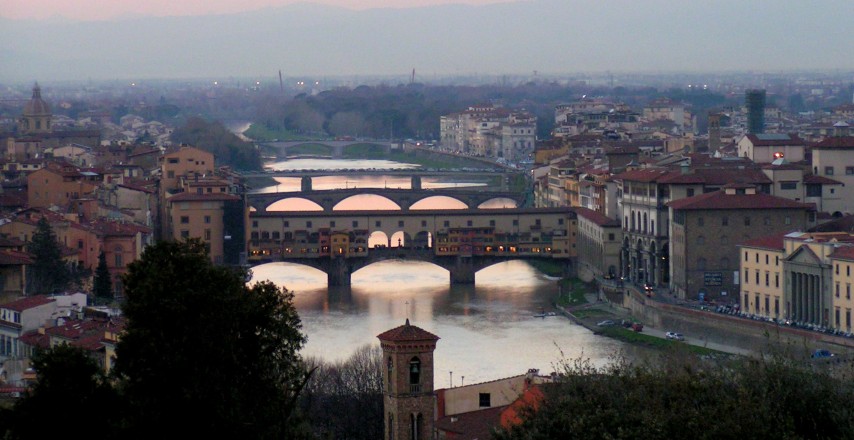 Opera is generally acknowledged to have been ‘invented’ in Florence in 1598. Teatro Comunale, Florence’s municipal theatre, is the city’s biggest and main venue, and its productions usually of an exceptionally high quality. The Maggio Musical Fiorentino, from the end of April to June, is the longest-running festival in Italy with a mix of opera, ballet and symphony concerts. Teatro Goldoni, behind Piazza Santo Spirito, offers a more intimate and atmospheric environment for sonic appreciation after a hard day of soaking up the sights. It was only fully restored in 1998 and performances are smaller scale and more sporadic than that of the Comunale, but well worth taking in if you get a chance.