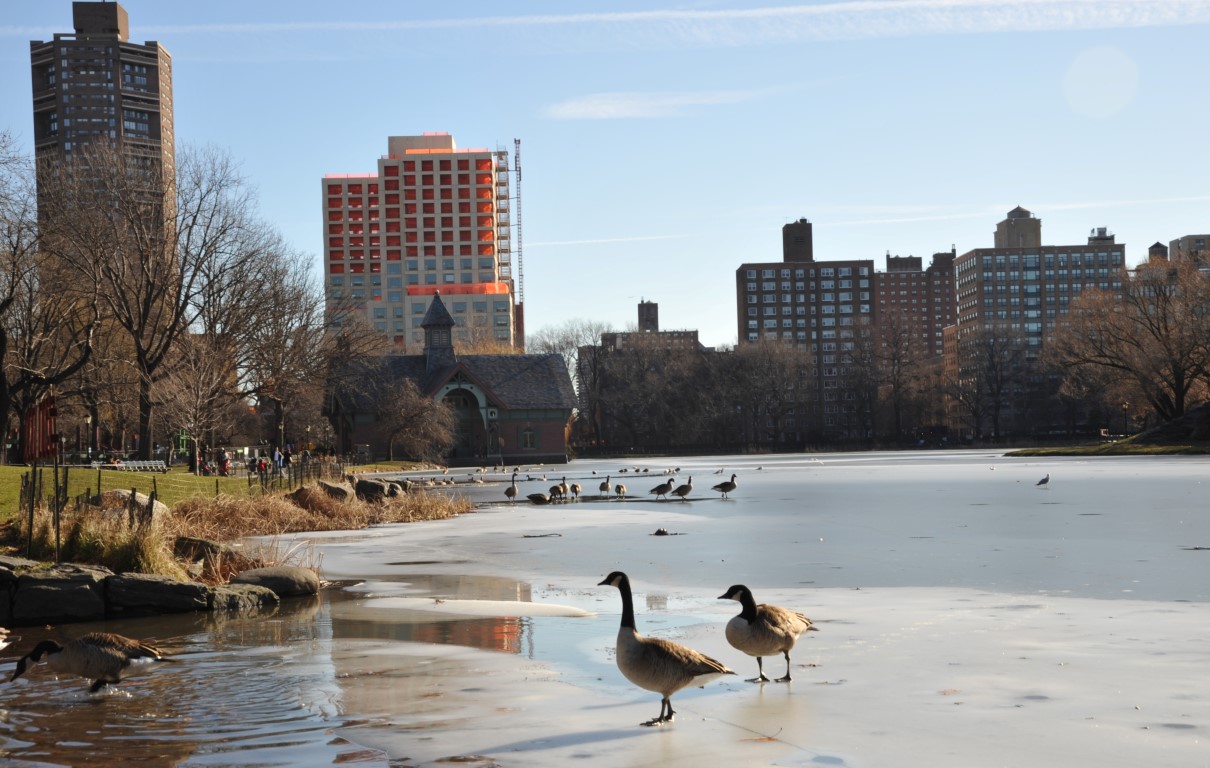 While still far from a fixture on the tourist circuit, Harlem has become increasingly popular among intrepid explorers.

Not only have times changed, with gentrification quelling the dangers and pushing traditional black Harlem further north, but the area is, in fact, one of the oldest parts of New York, offering much of historical interest, as well as unique and fascinating insight into African American culture.

Annie Mills, editor of events website What’s on When, ventured into Harlem on her last trip to New York and found that she couldn’t keep away. This is her account. 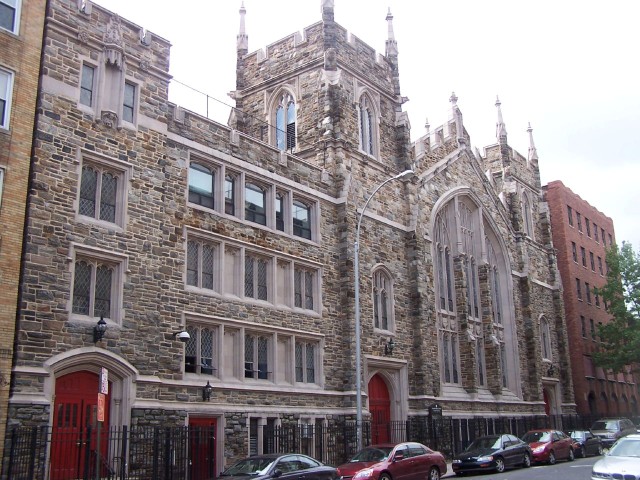 Roosevelt famously remarked: ‘The only thing we have to fear is fear itself.’ I carried this with me to Harlem.

My journey began at East 86th Street near the Metropolitan Museum of Art. Women sashayed out of canopied foyers into waiting limousines and a couple walked past pushing a white wicker pram with an imperious lap dog inside, nose in the air. Four stops north on the subway, I was in another world. And for the next four hours, I didn’t see another white face bar my own reflected in a shop window. It felt weird to be white in a black world. But it was not scary. 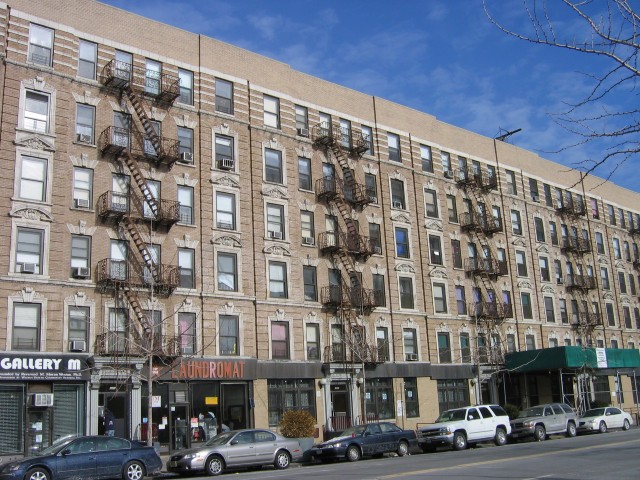 I took a bus along 125th Street to Harlem’s Studio Museum, where I was to meet the artist-in-residence, and watched the storefronts moving slowly past: ‘Home Boy Inc: Personalised Jewellery Made to Measure’, bargain basements and grocery shops displaying boxes of yellow and green plantains.

At the Studio Museum, I dodged ladders and paint pots (preparations for the Black Music Awards that night) and entered the studio, where I was greeted by Nicole Awai, the self-possessed and feisty young artist-in-residence. She took me across the road to the ‘Golden Crust’, a West Indian fast food restaurant, where I bought her a Jamaican ginger beer and myself some curried goat with fried plantains and rice.

As I tucked in, struck by the obesity of all the women in the joint, Nicole recounted her experiences as a black artist in New York, explaining how she is only ever invited to show her work downtown during Black History Month in February.

‘I always tell them I’m grateful, but no thanks, because I am black all year round.’ 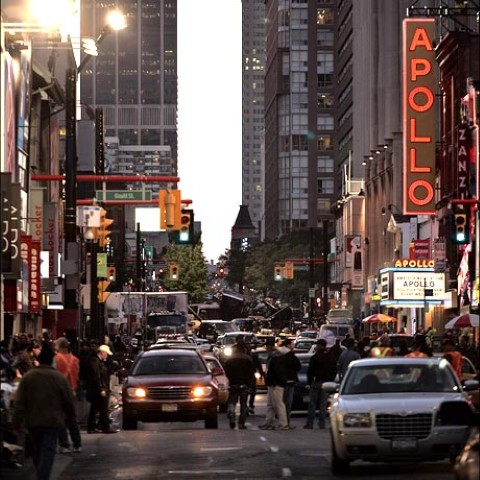 Afterward, we adjourned to the nearby Lenox Lounge, the most beautiful Art Deco bar I have ever seen. An electric guitar hung suspended in the window and a curvy, elegant chrome bar boasting nine types of rum and several cocktail shakers ran the length of one wall. It wasn’t hard to see that fine drinking was taken seriously here.

Behind the partition at the end of the bar was a larger room with zebra-print chairs, circular tables and a shining grand piano. The room was empty and the lighting dim, but I could imagine the vibe with a full house and Joe Sample on the keys. Discovering there was a band playing later that night, I resolved to return.

As I set off to walk back downtown, a small girl came up to stroke the green feathers on my shoulder bag. We stood in shadows cast by the sun on the uneven paving in front of a line of brownstones. Otherwise known as ‘Sesame Street’ houses, they stem from the time when Harlem was home to wealthy Dutch merchants in the 19th Century. In Greenwich Village, these brownstones cost in excess of $2 million today. In Harlem they still go for $250,000. But not for long. As Manhattan property prices soar, ‘bargains’ like these are bringing white gentrification to the area, and pushing the original tenants of ‘black’ Harlem further north. 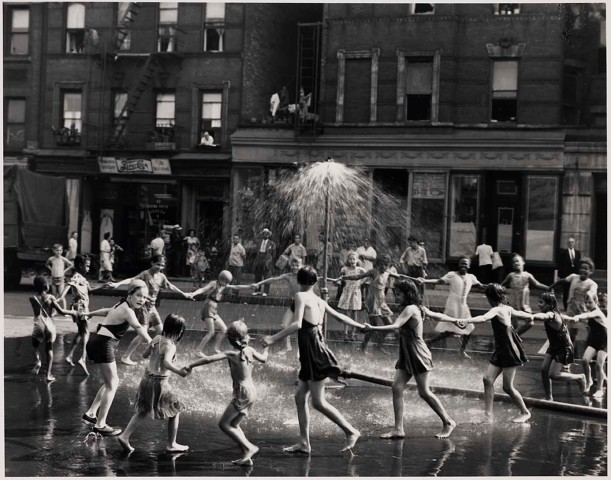 When I reached Morningside Park, climbing the steep rock outcrop that divides Harlem from gentrified Morningside Heights and Columbia University, I realised I had crossed an unspoken border. Everyone was suddenly white, and yellow cabs filled the hitherto empty streets. I stopped off at St. John the Divine, the biggest Catholic church in America, and got talking with a man in his forties. It turned out that Tom had spent the last 15 years drumming on cruise ships, so I invited him to join me at the Lenox Lounge that evening.

Tom refused to drive his car up there, so we jumped in a cab instead. When we arrived at the Lenox Lounge, the lady behind the bar greeted me with a surprised grin. ‘So you came back, huh?’ The band began with a rendition of ‘Sexual Healing’ and then, after half an hour of strong competition from the Serena Williams/Lindsay Davenport tennis match on the bar’s TVs (Williams lost), a fifty-something woman in a leopard skin print began to dance, shaking her bootie in front of the band. The man behind me muttered: ‘Go girl. You go girl.’ 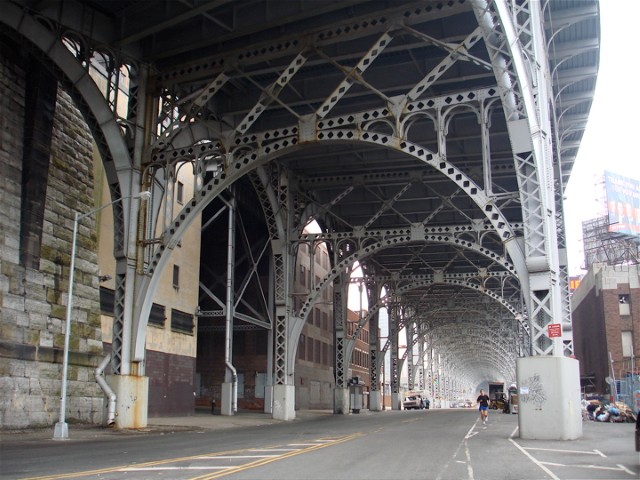 After two delectable cocktails, Tom and I stepped over the road to the Apollo Theatre, the most famous nightspot in Harlem, where all the Jazz Greats started. We’d stumbled upon amateur night, but as an elegant woman in a figure-hugging white gown took the stage and began singing the Lord’s Prayer, shivers ran down my back.

Three days later, I was in Harlem again, this time to join Doris, a born-and-bred Harlem lady, who was my guide for the ‘Harlem, Your Way! Inc. Gospel Tour’. I entered the Shiloh Baptist Church and was taken, as a tourist, smartly upstairs to the gallery. The pastor and choir filed in as an old man on the organ played soulful jazz rifts to accompany the singing. After several hymns, one member of the congregation went into a trance and began stamping his way up and down the aisle, chanting, ‘Jesus loves me, Jesus loves me’. 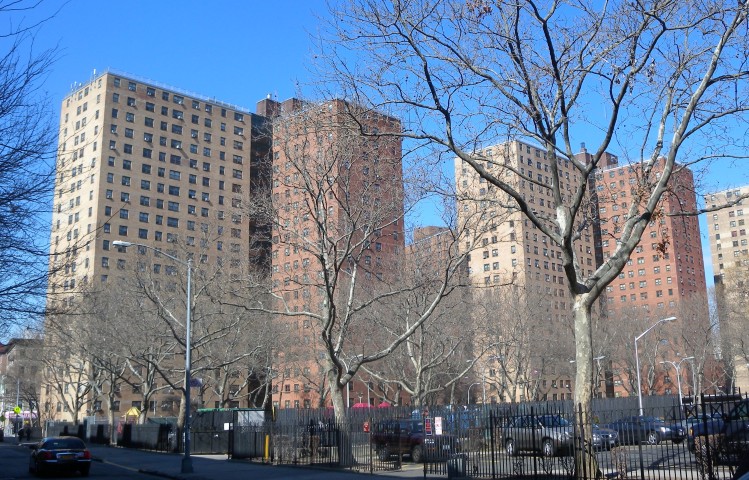 Then the pastor asked everyone to stand up and say where they’d been over the summer.

The atmosphere of fellowship was a revelation to this confirmed atheist. I left walking on air, only to be brought down to earth again by Doris’ recollections of growing up in Harlem. ‘There is no heating or running water in the projects,” she told me. ‘We always kept the oven on — it was the only source of heat’.

‘The Churches are a godsend here’, she continued. ‘They run schools. You heard the pastor say no child of his congregation would be without books this Fall. The church is the backbone of community here. They own the housing, which is rent stabilised, too. Honestly, without the church, I don’t know what people would do. During the 80s I knew whole families wiped out by crack. It was the churches that turned it all around.’

Doris and I finished up in an incredible soul food restaurant called Spoonbread. Soul food is African-American cuisine from the Deep South: dishes like collard greens, pecan pie, candied yams and barbecued chicken. Spoonbread served all of the above, and delicious they were, too. As it transpired, the owner Norma Jean had published a book of recipes. I bought it and was overwhelmed by the stories it contained, which I read on the plane ride home.

Much more than a collection of recipes, the book was an intimate portrait of three generations of African Americans. There was the maternal grandfather who made Strawberry Wine, a former slave turned undertaker, whose efforts for the black community in Wilson, Carolina saw his name being given to the first black school. And there was John, the eldest of his 13 children, who had trained as a doctor and gone on to practice in Opelika, Alabama, where he was the only black doctor in a 30 mile radius. John once stopped a stranger being done in by a white lynch mob by smuggling him out of town. The man’s sin? Entering a whites-only restaurant to ask the way. 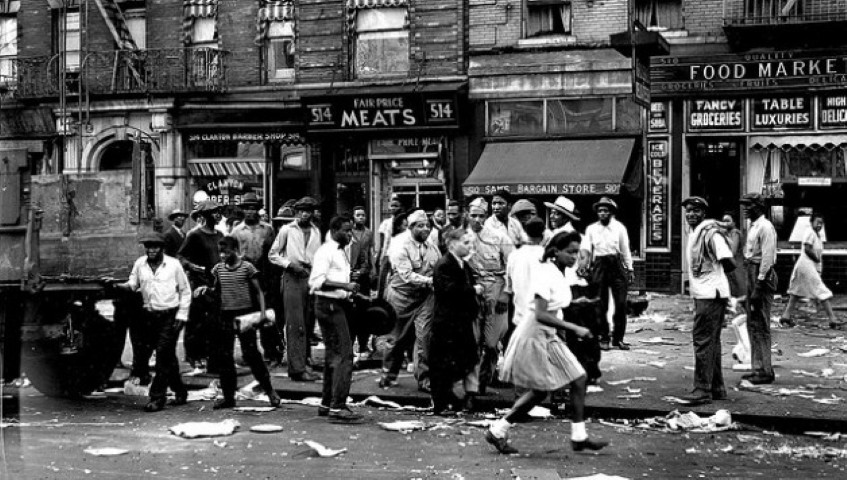 The intimacy of the writing seemed to sum up so much of what I’d discovered in Harlem — how hardship and strong community so often go hand-in-hand and how prejudice only grows through separation. How glad I was that I’d gone to look.