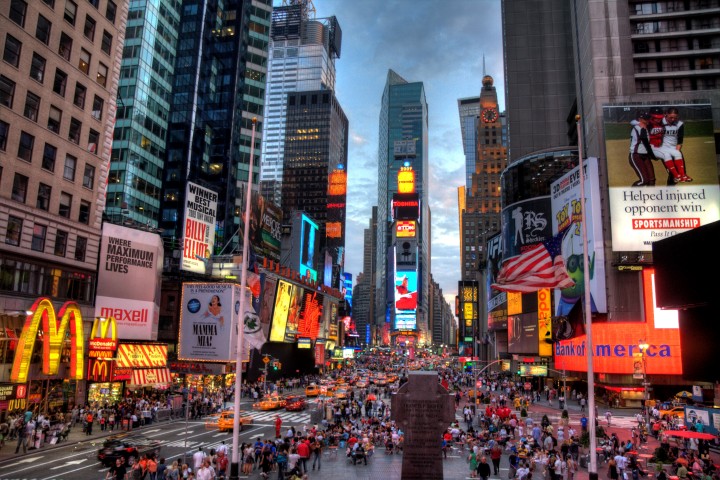 When you’re in New York City, look up.

Look up and see the happy tourist faces peering from the windows of Liberty’s spiky crown. Look up at sunset and watch the top of the Empire State Building change from green to red to yellow. Look up at the spider-web of cables suspending the Brooklyn Bridge, the beautiful patina towers of the 1913 Woolworth Building on Broadway, the genuine Egyptian hieroglyphics carved on Cleopatra’s Needle in Central Park. And look up often, keeping your eyes to the sky as you navigate this urban thicket, because the Big Apple is a city that grows up — fast.

Of course, you might choose to look down. Especially if you’re underneath it all waiting for the subway and listening to a young Korean student play a lousy version of the theme fromCats on a giant, portable zither, suitcase open for tips. See all those black spots on the ground? Chewed gum, thoughtlessly spit out by millions of fast-walkin’, fast-talkin’ ‘Noo Yawka’ mouths in too big of a hurry to find the bin. 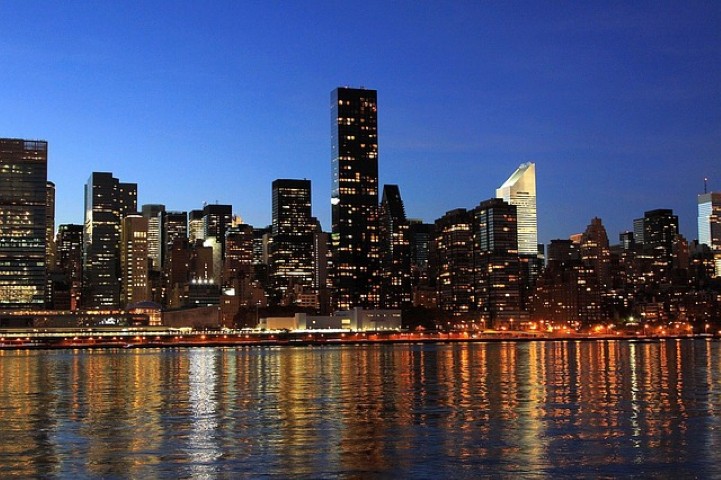 And there you have it. Look up, look down: New York in a nutshell. From the dreamy high of its art, architecture, literature and music to the grit, heat, hustle, and constant in-your-face attitude of its citizens (who — perhaps rightly — believe they are living at the centre of the universe), New York is a panoply of ups and downs, a city that both excites and overwhelms, just as it also defies all expectations. Welcome!

New York is comprised of five sections or boroughs: Queens, Brooklyn, the Bronx, Staten Island, and the one and only Manhattan Island, which the Dutch allegedly sold to the English for the equivalent of $24 back in ye olde 1600s, after they ‘purchased’ it from the Native American Indians. The pulse of the city beats heaviest in Manhattan, nicknamed Gotham City. 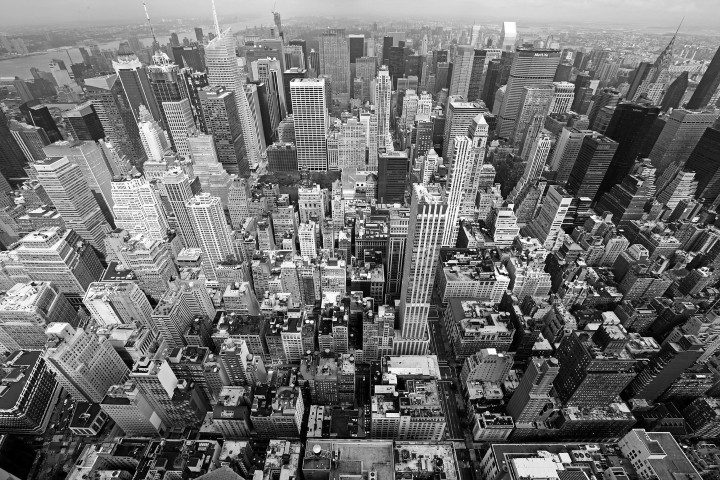 It’s a sobriquet many use, yet few know the roots of. So, here’s the scoop: The writer Washington Irving, well-known today for such classics as ‘Rip Van Winkle’ and ‘The Legend of Sleepy Hollow’, was quite the bon vivant in New York in the early 19th Century, and he started a rather snotty literary newspaper in which he referred to the city as Gotham.

It doesn’t sound so bad until you realise that Gotham (translation: Goats Town) is an actual town in England near Sherwood Forest that, in the Middle Ages, was the ultimate joke town, the place where all the idiots lived. Still, the question remains: If it was so bad Mr. Irving, why did you stick around? Irving (who was born in Gotham and returned to live there several times in his life) was perhaps the first to document the love/hate relationship most people have with New York.

Keep this dichotomy in mind when you’re careening down the West Side Highway in a yellow taxicab — too afraid to tell your immigrant Russian driver that you’d actually like to live to see tomorrow, and that you’re sure the Whitney Museum is uptown on the East Side. Just sit back and buckle your seat belt (as the pre-recorded voice of Joan Rivers or some other New York celebrity will remind you). And smile. For, in the immortal words of Frank Sinatra, if you can make it here, you can make it anywhere. It’s up to you. New York, New York.