The Cyclades conform closest to this stereotype, and for this reason draw more tourists than any other island chain.

The Cyclades chain of 18 islands is located halfway between Greece and Turkey in the heart of the blue Aegean Sea, making it perfect for relaxed island-hopping.

They were captured by the Venetians after the 4th Crusade, and the architectural legacy left behind is one of elegance and charm.

Andros: The northernmost island in the Cyclades has just one major resort at Batsi, with a fine beach and a waterfront strip lined with hotels, bars and tavernas. 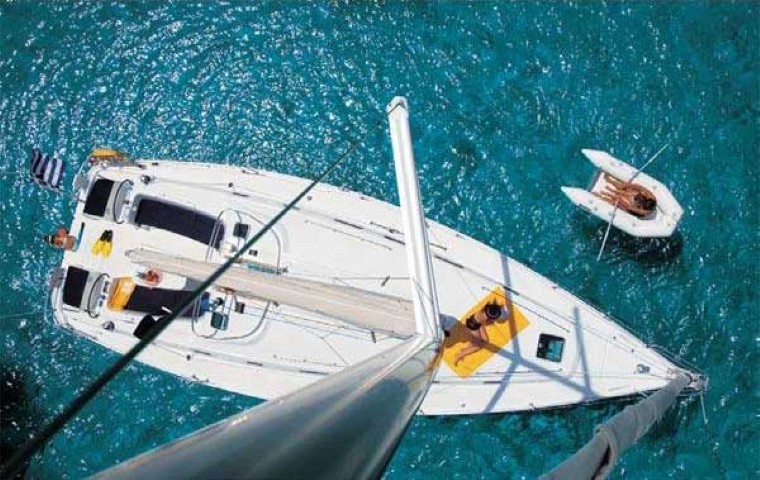 Ios: Ios (a.k.a. Ireland Over Seas), is the beer-swilling party island of Greece. More than 100 bars line the narrow streets of the Old Town, Ios Village, where unadulterated bad behaviour is not just tolerated but downright expected!

Milos: Volcanic Milos has bizarre-shaped rock formations. The port town of Adamas is the main resort.

Mykonos: The most popular island in the most popular part of Greece, Mykonos draws 800,000 tourists a year, most of them in July and August. Its long, blonde beaches, thriving gay scene, stunning Venetian architecture and vine-canopied, labyrinthine streets make Mykonos Town a big draw. 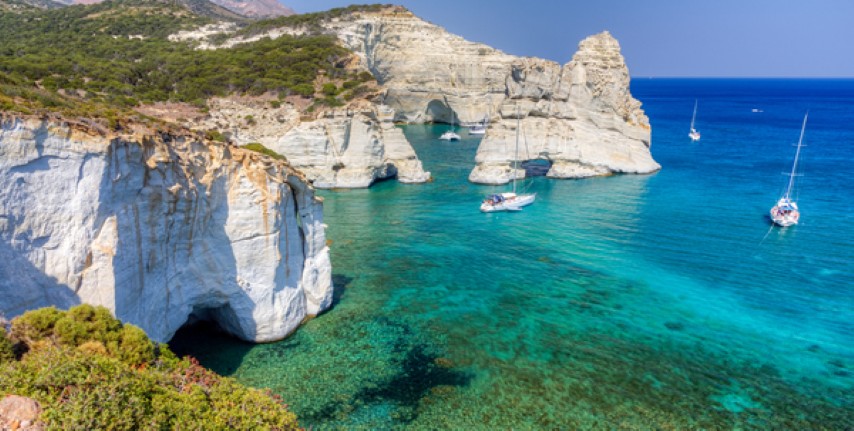 Chic cocktail bars overlooking the pretty harbour, buzzing nightclubs such as the Skandinavian Bar, and Pierro’s (the first gay bar in Greece) lure the party animals and the vibe is hedonistic fun.

Naxos: The largest, most fertile and, some say, the most beautiful of the Cycladian islands, Naxos is the island where Theseus (slayer of the Minotaur) is supposed to have abandoned King Minos’s daughter, Ariadne, who had fled from her home in Crete to be with her lover. Look out for the Portara, a marble archway above Naxos Town — visible as the boats anchor — where Ariadne was supposedly abandoned. 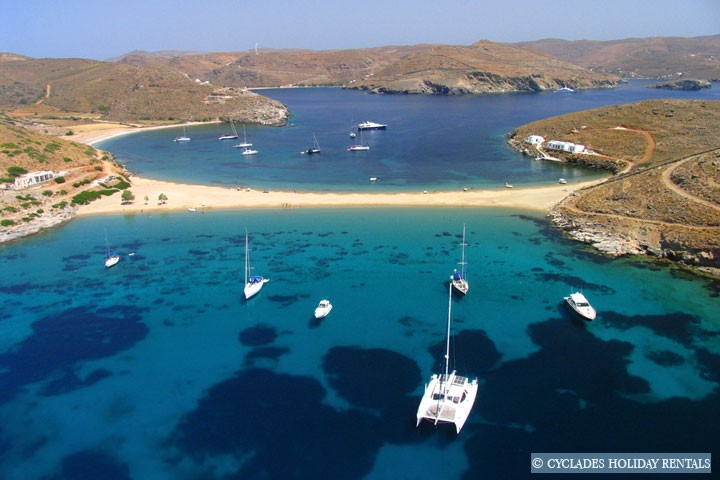 The main resort in Naxos is Naxos Town, which consists of a beautiful Old Town and a less nice newer part. Nightlife exists — there are a couple of clubs and plenty of bars along the waterfront — but it’s less hectic than Mykonos and certainly less so than Ios.

Paros: Renowned in the Ancient World for the quality of its marble, which was even used for Napoleon’s mausoleum in Paris, Paros is also one of the most popular Cycladian Islands with tourists, thanks to its buzzing nightlife and magnificent beaches. 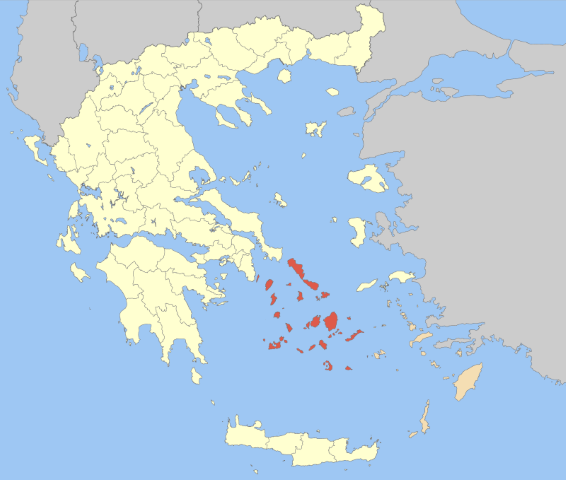 There are two main resorts on the island: Paros Town, with its club complexes and many bars, and Naoussa, which has fantastic sandy beaches. Just next door to Paros is the island of Antiparos (literally ‘opposite Paros’) which is very un-touristy with good beaches and amazing caves bristling with stalactites.

Santorini: Also known by its ancient name of Thira, chic and expensive Santorini is lined with black beaches. The dramatic pumice fields of the interior were formed when the entire island blew apart in 1628 BC, burying the island in lava and causing tidal waves that drowned the Minoan civilisation of Crete over 160 kilometres away. 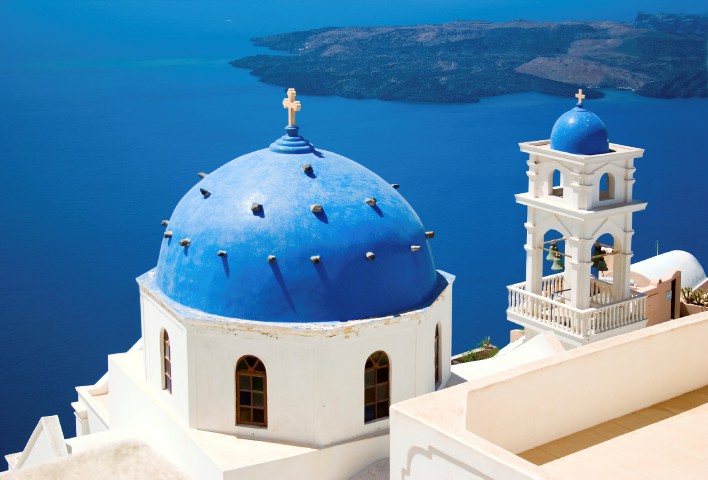 Thira Town, the main resort on the island, has a lovely old district called the ‘caldera’, with cobblestoned streets and cliff-top views looking west to the sunset. Thira Town is also packed with lively bars and clubs.

Another resort on Santorini is the quieter and even more upmarket Oia in the northern part of the island. With guest houses built into the soft volcanic rock, Oia is fun to visit for a meal if you’re staying in Thira Town. 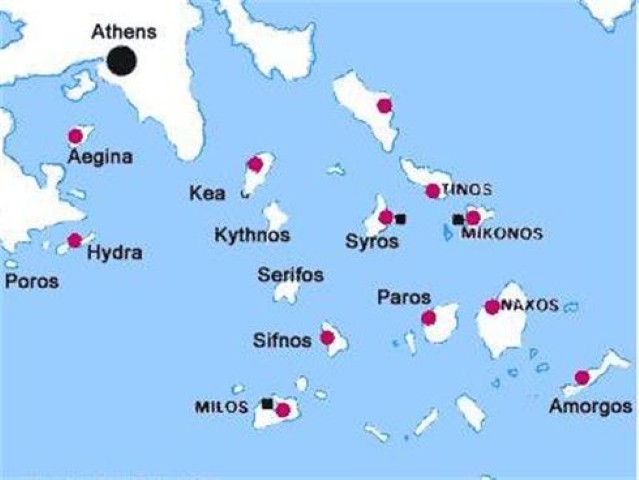 Serifos: Perseus turned the island’s king and his servants into stone by showing them the Medusa’s head which apparently explains the barren stillness of the little island. Livadi is the port and main resort on the island.

Syros: Syros was once the most important shipping centre in the Aegean, until it was overtaken by Piraeus near Athens. Hermoupolis (city of Hermes, God of Commerce) is a city of 15,000 people. The main tourist resort is Galissa.